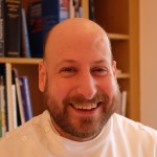 Nick has been working as a manual therapist since 2003 and embraces a wide range of techniques as part of his treatment. He graduated from the British College of Osteopathic Medicine with a Masters in Osteopathy along with a Diploma in Osteopathy and Naturopathy. Prior to this Nick worked as a sports and remedial massage therapist working with patients of all ages and backgrounds including footballers at various levels of the game, professional rugby players, dancers as well as patients complaining of every day aches and pains.

Nick was awarded the BCOM Rising Star Award 2015 by the institute of Osteopathy.

Nick is a lecturer at BCOM teaching soft tissue and osteopathic techniques and also disabilities facilitator for BCOM.

In his remedial work he has treated stroke patients and worked with cancer charities. He has worked at the London Marathon, the London Triathlon, the Great North Run as well as other 10K events.

Nick’s passions are working with musicians and the disabled as well as sports injuries. He has worked with Northwood Football club, Saracens Rugby club, as well as FA WSL ladies footballers. Nick has also worked with professional and amateur dancers.

Nick worked for two and a half years for Different Strokes – North London, a charity which supports adults who have had a stroke before the age of 65.

In his spare time Nick enjoys watching sport of all varieties. He is a keen singer and sings with St. Paul’s Chorus at St. Paul’s Cathedral in London. Nick also enjoys playing drums and plays regularly at his local church which he has attended all his life. 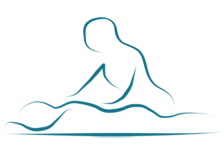